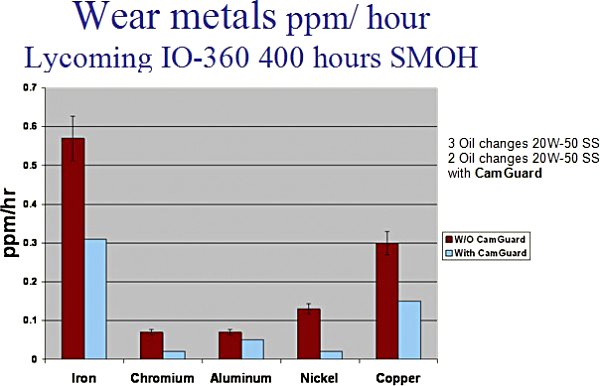 Here is the typical response of a lower time engine when starting on CamGuard.

In the above graph, the average of three analyses with 20W-50 semi-synthetic oil without CamGuard is shown in red. The average of two subsequent analyses of the same oil with CamGuard is shown in blue. There is a dramatic reduction in all metals when using CamGuard on a per hour basis. The + 10 % error bars are shown to reinforce the significant difference that is achieved with the use of CamGuard.